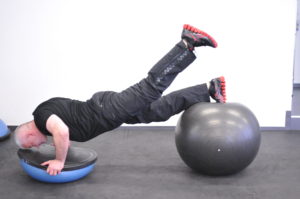 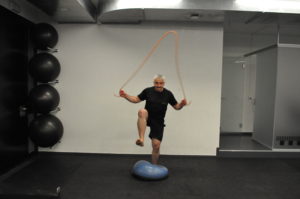 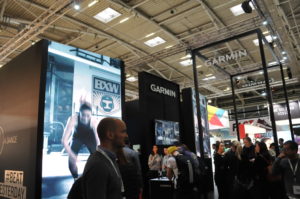 Only two days left to the opening the biggest Sports Fair in Munich. I will join HMS/Abisal Stand 419 at Hall A6. See you there!

The aim of the warm-up is to prepare the whole body for an intensive workout. Sport disciplines like football, ice hockey, basketball, martial arts, etc. are characterized by high-intensity, multi-dimensional moves with sudden changes of pace, with action speeding, slowing and often changing its direction. Therefore, the warm-up exercises also have to performed dynamically, so that they match the movements that appear in sport discipline. Moreover, effectiveness of a warm-up also depends on series of active rest phases, properly intertwined into the warm-up. Optimal warm-up time is 5 to 12 minutes.

The synchronous flexion of the knee joint and the hip joint and their consequent extension is the most effective exercise that develops lower limbs strength (especially of the quadriceps femoris muscle). In training terminology, this exercise is called a squat and all of its variants do improve leg strength.

In every sport lunge plays a key role, namely, the forward lunge. While the energy transfer in squats occurs vertically with a parallel distribution of forces (the body weight and potential additional weights) and the movement structure itself cannot be transposed onto activeness in fight, the lunge entails energy shifts in various directions (generally in the horizontal plane) and the physical loading of the lead leg.

Furthermore, the forward lunge has many variants and applications which depending on the aim of the training can act as strength, coordination, explosive, speed or flexibility exercises. 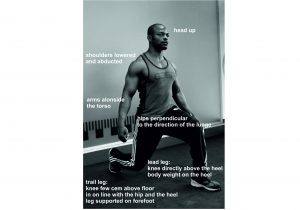 There is unique vibe of calm strength, pride and certaininty in Linköping. HC Linköping. Lion on the club logo reflects it very well. Excellent hockey facility is the first thing I have registered. Then I have met people – trainers, coaches, managers, facility workers and others. The way they communicate with themselves and the others gives impression that they are driving the same bus which leads to understanding and urgent efficient action. This place is full of passion and energy. It is special. It is leading place in Europe and arguably one of the few in the World for young hockey players development. Every year they have young players who are listed on NHL Draft. It was a pleasure and honor to be there and present some exercises and methods for off-ice conditioning. I am taking my pride to be (probably) the first coach from Switzerland/Poland to teach Swedish hockey players.

END_OF_DOCUMENT_TOKEN_TO_BE_REPLACED

Functional training is a process in which physical exercises that form movement patterns (i.e. movements that engage the whole body and imitate sport activity) are used in a deliberate and planned way. Athletic functional training is orientated towards the aim, productivity and results. It is an intended turn from exercises involving only one joint to workout in which whole muscle groups are engaged and which requires integrated, multi-joint moves that occur in kinetic chains.